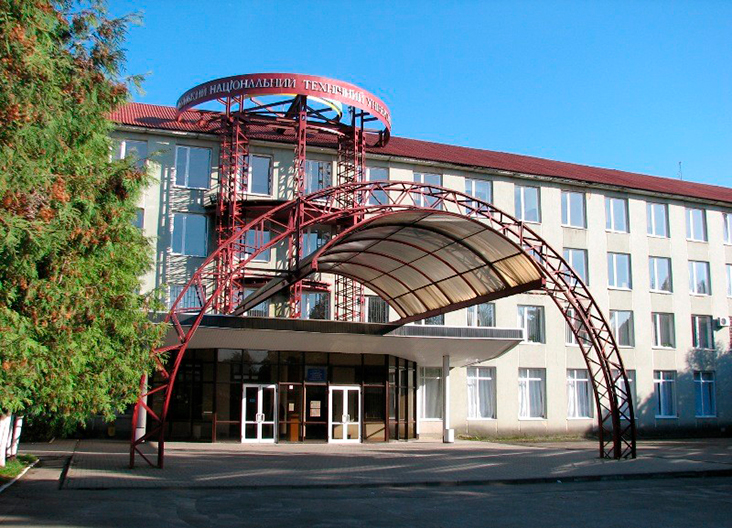 In the southern suburb of ancient and everlasting young Lutsk there is a University campus of LNTU. Generations of young people have graduated from it getting a start in life here.

Everything in the world has its sources and history. The same is with Lutsk National Technical University (LSTU), the history of which goes back as far as 1966, when according to the decision of the former Ministry for higher and secondary specialized education of the URSR the branch of General Engineering Faculty of Kyiv Road-transport Institute was founded in Lutsk. The initiators of the idea were Mykola Vasyliovych Romaniuk, the former director of the Lutsk Car Works and Yevhen Petrovych Veryzhenko, Rector of Kyiv Road-transport Institute. Within two years the branch was reorganized into Lutsk General Engineering Faculty of KRTI. In 1971 the faculty was subordinated to Ukrainian Institute of Water Transport Engineers. After a while according to the decision of Council of Ministers the faculty was subordinated to Lviv Polytechnical Institute and four years later it was reorganized into the Lutsk Branch of Lviv Polytechnical Institute with an affiliate at the town of Novovolynsk. The first director of the branch was I.M.Khorolsky and later on V.V.Bozhydarnik. The Branch had two faculties: evening and general engineering (deans I.I.Orekhovsky and V.V.Bozhydarnik), and four departments. Soon after a full-time education was introduced with establishing the civil engineering faculty. On the basis of the department of general subjects the following departments were formed: higher mathematics, physics and electrical engineering and a year later, the department of machine building. The first graduation of mechanical engineers took place in 1971 and the first civil engineers graduated in 1981.

Our state was changing and so were modern views concerning culture and education. They attained democratic character aimed at world standards, models and methods. There were a lot of difficulties, but in spite of them, Lutsk Industrial Institute tried to develop and kept pace with the times. Reorganization of the institution took place. The scientific council was founded and four faculties: Mechanical Engineering, Machine Building, Evening and Correspondence Study were formed.

The institute always met the requirements of Ukrainian national economy and the economy of Volyn. Its main task was to train qualified specialists.

In October, 1991 the postgraduate courses were established. The institute attained the right to confer the scientific degree of Candidate of Technical Science. There were two specialized academic councils at the university headed by professors Y.Bobro and H.Khailis.

After a while the institute began to train specialists with the qualification degrees of Bachelor, Specialist and Master. New modern theoretical and applied subjects were introduced into curricula and programs. Reforming of the institution structure lasted at the institute. Faculty of Economics and departments of Civil Engineering, Ecology and Labour Safety were formed. Two more departments: Company Management, Accounting and Auditing appeared. Due to further reorganization Instrument Making, Machine-Tools, Design and Engineering Drawing departments were organized.

The 24th of December, 1997 was a very important day in the history of the educational establishment. According to the decision No. 1463 of Council of Ministers Lutsk National Technical University was formed on the basis of the Industrial Institute.

Having got the status of University, and the highest – the fourth level of accreditation the staff began a new stage of its activity. The University attains the possibility to determine contents and forms of education, quantity of applicants? admittance and to open new trades taking into account regional needs. It allowed to change the University structure and to establish educational and scientific institutions of different types, to plan and carry out fundamental research, to maintain business and scientific co-operation with foreign higher schools and to confer scientific degrees and status.

All these rights required new approaches to the organization of research and education, and training of qualified specialists. First of all, it concerned the organizational and structural reconstruction of the university, changes in the work of teaching staff, overcoming certain psychological drawbacks and old mentality, search for new effective methods of instruction and, finally, more responsible, active, creative fulfilling of everyone?s duties.

The basic principles of the University activities are:
– search for gifted young people and revealing their inclinations and abilities;
– fundamental character of general education at University level;
– direct participation of leading specialists, managers of enterprises and business in educational process, combination of theoretical studies with practical work;
– goal-oriented individual work with students, bringing them up in the spirit of Ukrainian national idea, in the atmosphere of constructive work, in love to their independent and sovereign Ukraine and inculcation of high moral and patriotic qualities.

Human factor played the main part in establishing and developing of LNTU. The teaching staff and the rector did their best to make the university a genuine temple of science. The key person responsible for all changes taking place at the University is its Rector. He is a generator of new ideas and initiatives. He has been at the head of this higher school for nearly 30 years. Victor Bozhydarnik is a man of strong will, high professional skills, sensation of novelty, diligence and decency. He is a leader of a teachers? body amounting 368 people. Among them are 34 Doctors of Science, Professors, 183 Associate Professors, Candidates of Science, 18 Academicians and Corresponding Members of branch academies. And anyone of them has one?s own character, own style of life, own manners of behaviour, own approach to solving present-day actual problems.

University teaching staff is made up of talented people, professionals with great pedagogic and life experience. Among them are three Honoured workers of Ukraine?s education; one Honoured Scientist of Ukraine; a number of teachers is rewarded with orders and medals; 64 people are rewarded with badge “Excellent teacher of Ukrainian education”; 68 people – with honourary diplomas of Ministry for Education and Science.

Professors Yuriy Bobro, Anatoliy Fedosov, Victor Rud, Yaroslav Molchak, Zoriana Herasymchuk, Hedal Khailis, Vasyl Shvabiuk, Volodymyr Didukh deserved considerable authority and general recognition thanks to their honest, conscientious and fruitful work. Due to the endeavour and work of the teaching staff LNTU has been awarded with the medal “Independence of Ukraine” of International Academic Rating of Popularity “Golden Fortune”.