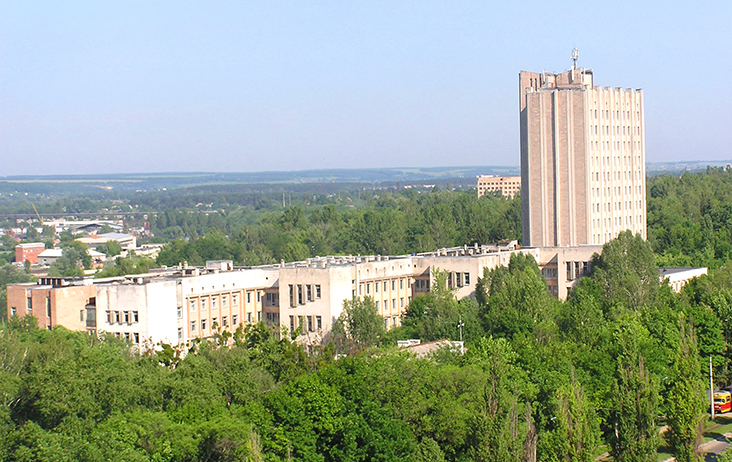 Kharkov State University of Food Technology and Trade stands clearly out among the great variety of Ukrainian universities. It is the only institution of higher learning in East Ukraine, which trains bachelors, specialists, and masters for trade, hospitality, restaurant business, the food processing industry, customs and auditing services.

The history of the university dates back to the late nineteenth century. It was then that the architect Aleksey Beketov built the Higher Commercial School of Emperor named after the Emperor Alexander III.
Its founding fathers were the merchants of the city of Kharkov.
The Board of Trustees, which consisted of reputable merchants and honorary citizens of the city, supervised the school.
Subsequently it grew into the Commercial Institute.
1929 saw the opening of Kharkov Institute of Soviet Trade aimed at training highly qualified specialists for the trade industry and public catering.
The Institute of Soviet Trade created in 1959 was transferred to Donetsk leaving behind the Evening and Correspondence Faculty of the newborn Donetsk Institute of Soviet Trade.
On the 1st of July 1967, Kharkov Institute of Public Catering founded on its base.
In 1994, the Institute granted a new status and a new name – Kharkov State Academy of Food Technology and Human Nutrition.
On the 11th of October 2002, it was granted the University status.

Today, Kharkov State University of Food Technology and Trade is a powerful educational and research center of the European level. It is one of the leading Ukrainian institutions training specialists for restaurant business, hospitality and tourism, commerce, food production and trade, customs, fiscal and economic services, financial institutions.

Kharkov State University of Food Technology and Trade is a multi-profile university of Ukraine of the IV-th, level of accreditation training specialists for foodservice, hospitality and tourism, for trade and food industry, customs, and revenue services, economic and financial institutions.

The training is giving by a high competitive quality of 460 teachers, 70% of whom are doctors of science, academics, professors, and associate professors, provide quality training of highly competitive specialists. Among them are the State Prize winners, veteran educators and acclaimed scholars, leading figures in science and technology.

The students acquire higher education at five faculties and the Educational and Research Institute of Food Technology and Business of Kharkov State University of Food Technology and Trade. The institution provides training in education and skill levels of Bachelor, Specialist, and Master in 11 areas of expertise in 21 specialties. The people wishing to enter higher education institutions may study at the preparatory departments for the Ukrainian and foreign citizens.  University graduates can achieve a degree through programs at the University’s Institute of Postgraduate Business Education.

The university has created all kinds of necessary conditions to ensure the process of education and research, to satisfy social and living demands of its students, faculty and support staff. The institution has three academic buildings, two modern student dormitories, a canteen and several cafes. It offers the students and faculty sports facilities at its gyms and playgrounds for training in volleyball, basketball, football, athletics, and other sports, as well as a library with a total stock of over 350,000 copies of printed matter.

It is worth mentioning that the students of Kharkov State University of Food Technology and Trade participate in Kharkov City Student Contests, “Miss Student” annual beauty contests, take an active part and won the “Battle of Universities” TV social project show contest aimed at breathing new life into the best alma mater traditions.

The Student Parliament has been an active agent of the university’s life for more than ten years uniting talented and active young people with social attitude. The students actively participate in the life of their university and contribute to its promotion in Ukraine and abroad. The Members of Student Parliament are part of the All-Ukrainian Student Council at the Ministry of Education and Science of Ukraine, and the Student Regional Council at the Kharkov regional Governor’s Office.

The University has a wide network of international ties with more than 30 universities and foundations in the USA, Germany, France, Spain, Poland, Romania, Russia and other countries. Every year, the faculty and students participate in international culinary competitions, exhibitions, and joint research projects with foreign colleagues. The university has almost 500 international students.

the University for its contribution to the development of the national economy and a significant contribution to the creation of the reputable international image of Ukraine, was awarded by a diploma and a nominee’s commemorative medal of “Golden Book of Ukrainian Elite” almanac. It is the winner of the rating of “100 best companies of Ukraine” in the “Higher Education” nomination. The University has the status of the Best National Manufacturer of Goods, and is awarded the Golden Symbol in the “Innovative Development” nomination.

The significant scientific and teaching potential of Kharkov State University of Food Technology and Trade, its achievements and traditions are the clear evidence to the fact it is rightly ranked among the best universities of Ukraine.