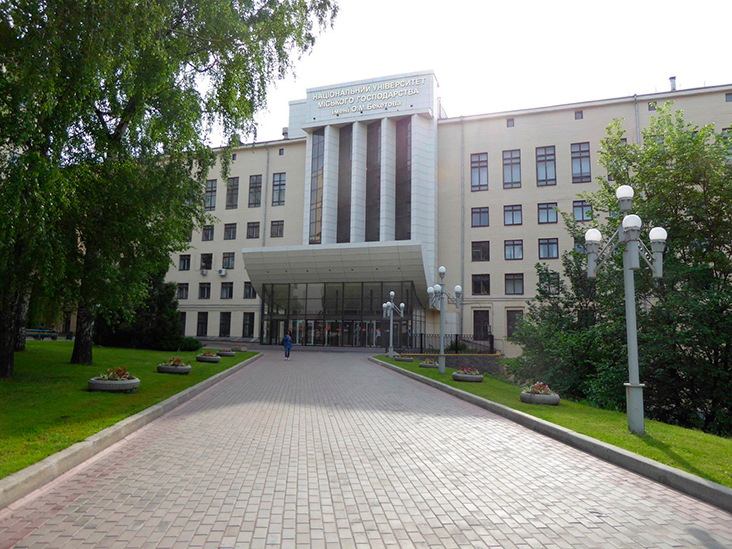 The Academy started training international students in the middle 50s of the last century. Just then the first foreign graduates who have studied at the faculty of urban planning got their diplomas. They were citizens of the People’s Republic of Poland and the Socialist Republic of Romania.

During the following years the number of foreign students constantly increased and by the end of the seventies it was over 100 people. Therefore the Ministry of Higher and Specialized Secondary Education of the USSR decided to create the Foreign Students Department (resolution dated 20.08.1978). By that time foreign students were educated at three faculties – urban development, electric power supply and lighting of cities, urban electric transport.

In the early 80s the number of students was over 200 people. In addition to citizens from the “Council for Mutual Economic Assistance” member countries among them were citizens from other countries of Europe, Asia, Africa, Latin America – coming from fifty countries overall.

In 1991 a preparatory division for foreign citizens was established at the Academy, and in 1995 – the Department of Russian as a Foreign Language. Teachers from the preparatory division of this department teach foreign students the Ukrainian or Russian languages and liberal arts in the chosen specialty during one year. The department educates future architects, engineers, economists, ecologists, sculptors, artists, managers, medics, etc. Over the last 16 years more than 1000 foreign citizens from more than 80 countries (China, the Syrian Arab Republic, Islamic Republic of Iran, the Kingdom of Morocco, the Hashemite Kingdom of Jordan, the Algerian People’s Democratic Republic, the Kingdom of Saudi Arabia, Republic of Cyprus, the State of Israel, the Socialist Republic of Vietnam, Federal Republic of Nigeria, the Republic of the Congo, etc.) have learned here Ukrainian and Russian.

Many graduates of the Academy are now well-known people in their countries; they hold senior positions at state and commercial establishments, military units, governments.

Full-time education at the Academy trains specialists for foreign countries at six faculties in three qualification levels – Bachelor, Master and Doctor of PhD. For today over than 3000 specialists for 80 countries have graduated. Many of them have achieved excellent academic results. For example during the past 10 years, 17 foreign students achieved “Honor diploma”. Our graduates, who have held their honoured positions in life do not forget their Alma Mater. Moreover, they not only inform us about their achievements, and in fact are voluntary members of our Academy in their countries, active members of the “Foreign Graduates’ association” of the universities in the Kharkiv region, and promote education in Ukraine among their co-citizens.

We maintain close academic and business relations with engineering associations of many countries. The Academy is a member of the International Association of Universities under the aegis of UNESCO.