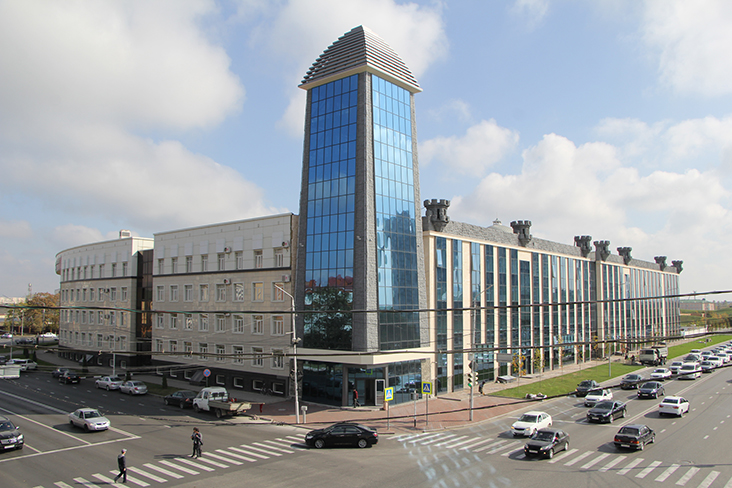 In 1920, Grozny State Oil Technical University was initially established as a college, which makes it the oldest specialized oil University in Russia. On August 1, 1920, Grozny Oil College started the first academic year, which brought the first 265 students. They graduated later on in 1925.  On April 19, 1922, it was decided to rename the College to the Oil Practical Institute. Although the status was reverted in 1923-1924 under the regulations on the universities of the RSFSR, it was brought back in 1929.
In the autumn of 1942, both teachers and students were forced to leave the premises of the Institute because of the Eastern Front. However, in the spring of 1943, it began operating in Grozny again. In 1973 the Institute was named after Mikhail Dmitrievich Millionschikov, one of the most prominent graduates, the Hero of Socialist Labor, Academician, and the Vice President of the USSR Academy of Sciences. Because of the Chechen-Russian conflict, from 1991 to 2000 the Institute underwent dramatic changes, namely, most facilities were destroyed, teaching personnel left Chechnya, and a big number of teachers and students were either dead or missing. Under the Federal Target Program, reconstruction of the Institute’s main facilities began in 2007. In February 2011, upon successful restoration, the Institute was given a status of the University.

Grozny State Oil University offers a wide range of courses ranging from fundamental to applied subjects. Please note that all subjects are taught in English.

All international students are free to use a university-managed accommodation. The building of student halls is situated within 3 km from the main building of the university. It is a 5-story building, wherein each story has 2 shared laundry rooms and 1 study room.

There are 2 types of rooms that can accommodate 170 students in total.

Grozny is the capital of Chechnya. Despite the fact that both have suffered greatly during numerous conflicts in the past, Grozny has been on the rise since 2000. Even though it was considered as the most badly damaged city in 2003 (according to the UN), during 2008-2012 the unemployment rate has decreased twice as much, and additional 15 800 student spaces were created. Nowadays Grozny is one of the top three safest cities in Russia, alongside Yeysk and Gelendzhik.

The most common means of transportation around the city are buses. There are three universities in the capital: Chechen State University, Chechen State Pedagogical University, and Grozny State Oil Technical University. The city has two predominant religions: Islam and Christianity. Followers of the former religion may consider visiting Akhmad Kadyrov Mosque, while followers of the latter may visit the Church of Michael Archangel. Places of interest include Grozny-City Towers, Akhmat-Arena stadium, Grozny Dolphinarium, as well as multiple monuments, theatres, public libraries, and museums.