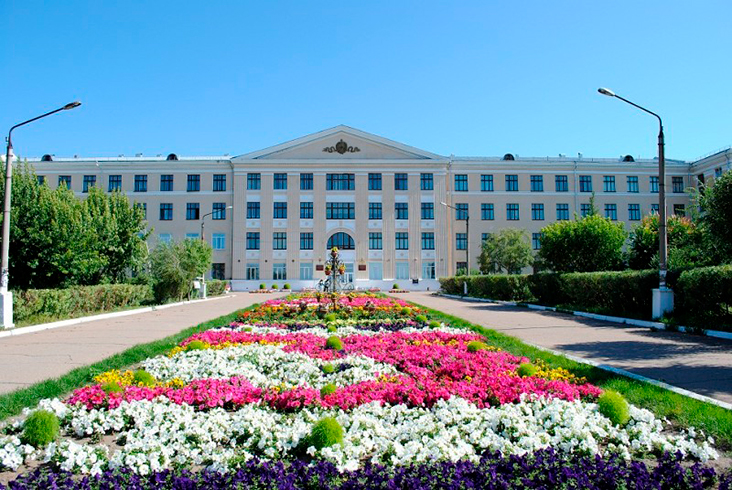 Buryat State Agricultural Academy named after V.P Philipov is a federal state budgetary educational institution of higher education, one of the leading educational and scientific centers of Siberia and the Far East of Russia.

The Academy was founded on August 13, 1931, as the Agropedagogical Institute in the Buryat-Mongolian Republic.

There are two institutes — the Institute of Further Education and the Institute of Land Management, Cadastres and Land Reclamation. There is also an Agrotechnical college, units of educational-scientific-industrial, scientific-research, and industrial-economic facilities. There are also facilities for cultural, educational, recreational and therapeutic uses. The academy also has a campus in Aginskoye. Other structural units are the Center of Landscape Gardening and Design, the Veterinary Clinic, the Center of Career Guidance, the Testing Laboratory Center, the Logistics Center, the Educational and Scientific Center of Innovations, and the Laboratory of Solar, Hydro and Wind energy.

Dorms consist of eight rooms per floor, with 2-3 people per room. Each floor also has one kitchen and two toilets, and the basement has a shower. Students cannot select their own rooms.

All Dormitories have the following facilities:

Ulan-Ude is the capital city of the Republic of Buryatia, Russia; it is located about 100 kilometers (62 ml) southeast of Lake Baikal on the Uda River at its confluence with the Selenga. According to the 2010 Census, 404,426 people lived in Ulan-Ude; up from 359,391 recorded in the 2002 Census, making the city the third-largest in the Russian Far East by population.

The Ethnographic Museum of the peoples of Transbaikal is one of Russia’s largest open-air museums. The museum contains historical finds from the era of the Slab Grave Culture and the Xiongnu until the mid 20th century, including a unique collection of samples of wooden architecture of Siberia – more than forty architectural monuments.

Odigitrievsky Cathedral – Orthodox Church Diocese of the Buryat, was the first stone building in the city and is a Siberian baroque architectural monument. The cathedral is considered unique because it is built in a zone of high seismic activity in the heart of the city on the banks of the River Uda River where it flows into the Selenga.

One of the attractions of Ulan-Ude is a monument in the town square — the square of the Soviets — in the form of the head of Lenin (sculptors G.V. Neroda, J.G. Neroda, architects Dushkin, P.G. Zilberman). The monument, weighing 42 tons and with a height of 7.7 meters (25 ft), was opened in 1971 in honor of the centenary of Lenin’s birth. The Voice of Nomads international music and culture festival is held annually at various sites in the city.